skip to main | skip to sidebar

Where has the time gone????

I can't believe we are already half way through May!! It seems the days just slip away BEFORE I get a chance to do half the things I plan to! I have SOO much I wanted to post and just NO time to get it done! :(

I hope everyone had a good Mother's Day! Mine was just alright-nothing too exciting or special! Highlight would be hubby gave me money to spend at LSS!! The boys had a great time making picture frames to give to their grandmas, great grandmas and godmothers! We got these great wood frames at Joann's, acrylic paints, and scrapbooking flowers and brads. I made the flowers and put a glue dot on the back of each and the boys picked the colors to paint each person's frame and the put the #'s and flowers on the frames. I think Joseph has an eye for art as he picked only flowers that would coordinate with the frame and then he did a fancy design. Can you guess which are his? He did 2 of these.

Nicholas was not as interested and he was coming up with some creative ways to paint his frames! I have to say this was VERY hard for me to sit back and let them do it their own way and not fix them or their mistakes! And I have to say they did VERY good for me not interfering! I did tell them the correct order to put the #'s though! 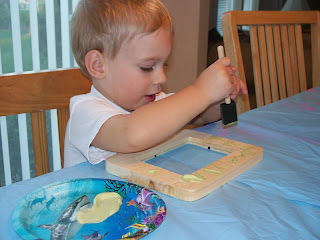 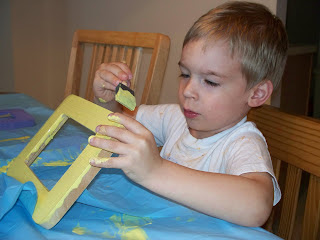 I had an interesting National Scrapbooking Day! It started with my friend had to go to the Dr that morning before we left for the 12 hour crop at the LSS so we got there a little late, but we GOT THERE! We then thought we were going to have to share a small table with more people and then after we went shopping to see all the new goods we found we didn't have to share! :) But it was the joke of the day that we were in solitary confinement as we were the last table in the WAY BACK CORNER! The crop was a blast as always, though I felt bad for my friend as she was not feeling good at all! Well I actually was starting to get on a roll and get some LO's done when dh called and was having issues with the boys, well then I was upset thinking about what was going on at home and lost my groove. Then I got a phone call that something was wrong with Nicholas! Apparently he was constipated, and we didn't know as he was pooping several times a day, and he was pushing SO hard he made his insides come out! I told dh to call the Dr and he called me back and said he ds needed to stop pushing and it should go back in and if it doesn't go to the Emergency room!! And if it did go back in we needed to give him an Enema and Miralax, so dh was freaking out about how would he get to the store with them and I NEEDED TO GET HOME RIGHT NOW! Problem was I had a days worth of scrapbooking mess to clean up AND I was 1 hour away! I called my brother's girlfriend to see if she could get to my house faster as my mom was far away the day too and she was the first person who came to my mind! Well she got there and helped dh out, when I got home Nicholas was back to normal and we could wait till the next day to give the enema, and that was NOT a pleasant experience! Well he is fine now and we just need to give him Miralax once a day for 2 months. Definitely a day I will NEVER forget!! So here are my 2 creations I did get done that day. 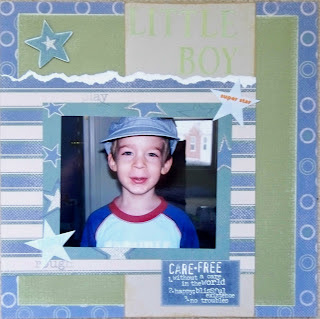 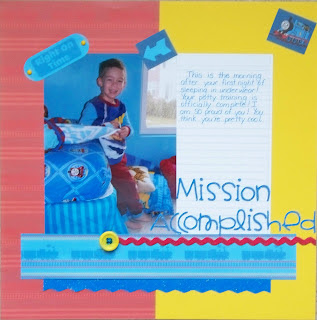 The first one is made with my prize from Scrappy Girl Designs and the second one I finally used some of the Thomas paper I have had forever now! I still have to finish the journaling on the second Layout. I also just had some fun completing a layout for a Dixie Pieces color combo challenge, I had to use orange, brown and blue. So I finally got some of my Basic Gray Archaic chipboard and a paper pack I have been wanting to scrap the pics from the Dinosaurs at the Field Museum. 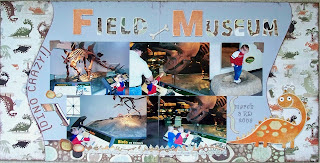 Well I could go on forever it feels there has been so much, but the natives have gotten restless and the upstairs has become a race track, so I better go attend to them! ;)

Posted by Valerie Chmielak at 11:26 AM

I love your projects! Those frames are adorable, I have to go get some :)

Valerie Chmielak
I am a SAHM to wonderful and VERY active twin boys! I have been maried to my wonderful hubby since 2003. I began scrapbooking in 1994 and have been "addicted" to it since then! 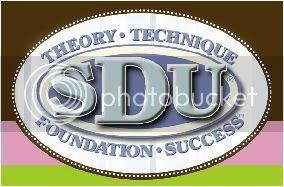 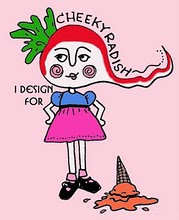 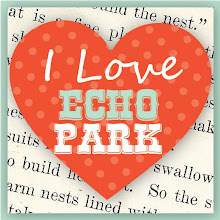 Anything posted on this site are copyrited and permission is required before taking any images from this site to post elsewhere. Do not reproduce or distribute.